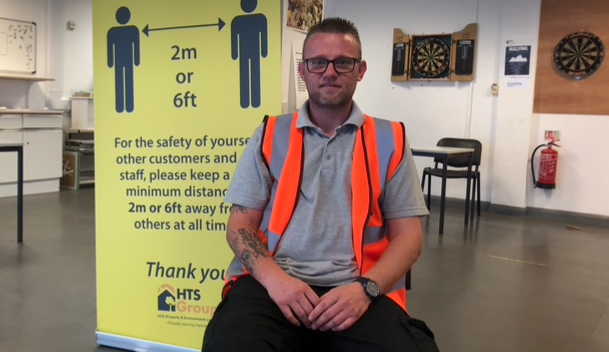 Staff at HTS in Harlow have praised modest employee Brian Bradley after he helped a woman found in a distressed state near the River Stort.

Brian had just begun his shift as part of the environment team. He went down to Fishermans car park on River Way. When he got there, a member of the public told him that a woman, dressed in just her pyjamas and in a “highly agitated state” was standing in a stream in the woods.

Brian went down and found the woman, rang 999 and whilst they waited spoke to the woman and tried to reassure her. It took nearly two hours for an ambulance to attend but by all reports, Brian was not just a Good Samaritan but a great one as he constantly tried to keep the woman calm.

All the time, he was concerned that the woman might run away and jump in the river or get on to the railway line.

YH went down to the HTS in the Mead Park Industrial Estate to let a very modest Brian tell his own story.