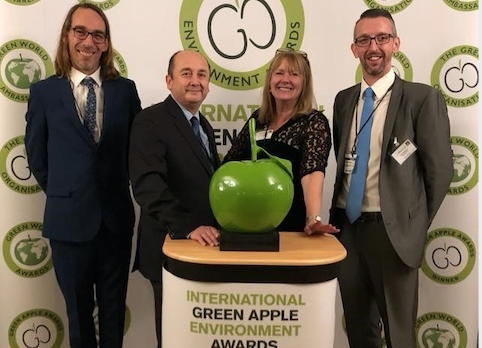 HTS colleagues went to the House of Commons to be presented with the prestigious award. Health and Safety manager, Stella Dunlop was interviewed by Your Harlow on what they did to earn the award.

“We held a series of events to get people more aware of the environment.”

“We had campaigns like “pledge more plastic”; we had a sunflower growing competition which proved very popular. We built a Bug Hotel in the courtyard. We had quizzes about the trees that you can see from our offices.”