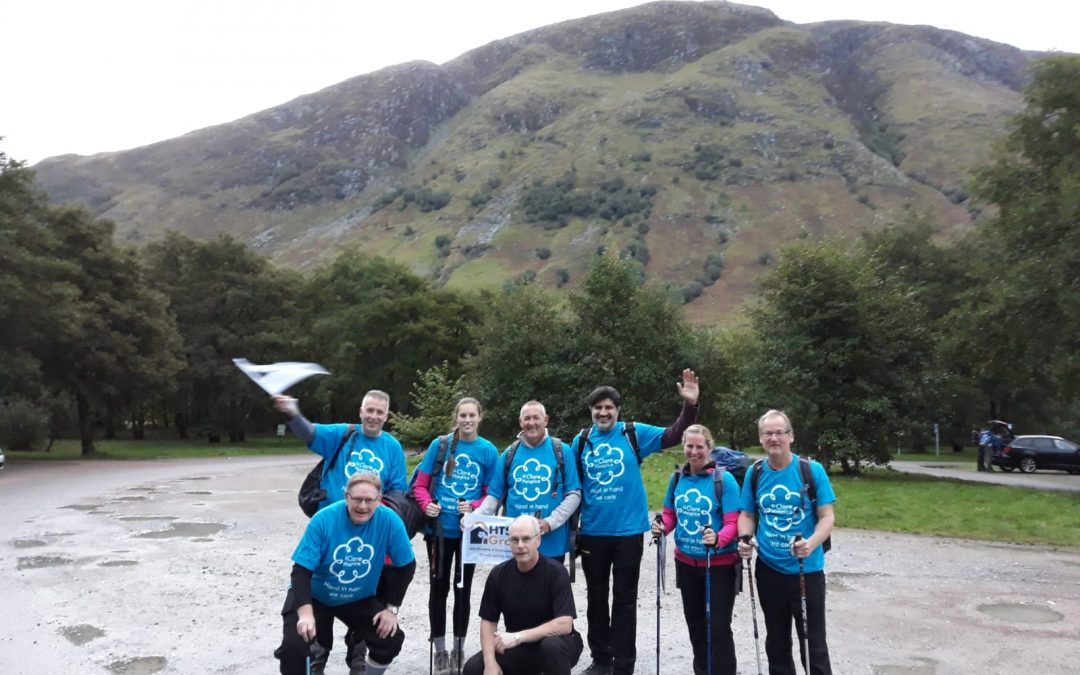 The journey that started at 7am on Friday 14th September 2018 and with three peaks successfully climbed the adventure came to an end at 3.30am on the Monday, by which time we had all got home safely.

The team of seven (supported by 2 drivers) completed the Three Peaks circuit to ascend Scotland’s, England’s and Wales’ highest peaks (a total ascent of 3,064m!) in 31 hours, just over the 24 hours set on completing the challenge. After collecting together all sponsorship money, the team have currently raised collectively £5,500 (including gift aid) for St Clare Hospice.

The HTS Hikers, commenting jointly as a team, said: ‘Never again’…but really, we all had a fantastic adventure together through rain, fog, sun, cold, snow, frost, wind…in support of a worthy cause (St Clare Hospice) which is very close to the hearts of many of our employees. In the words of Neil who originally suggested the idea, ’bring it on, we said we can do this and we did’

If you would like to congratulate the team and make a donation to St Clare Hospice, please visit the HTS Hikers’ fundraising page at: www.justgiving.com/fundraising/htshikers