Sep 16, 2021 | Charity and Fundraising, HTS in the Community, wellbeing 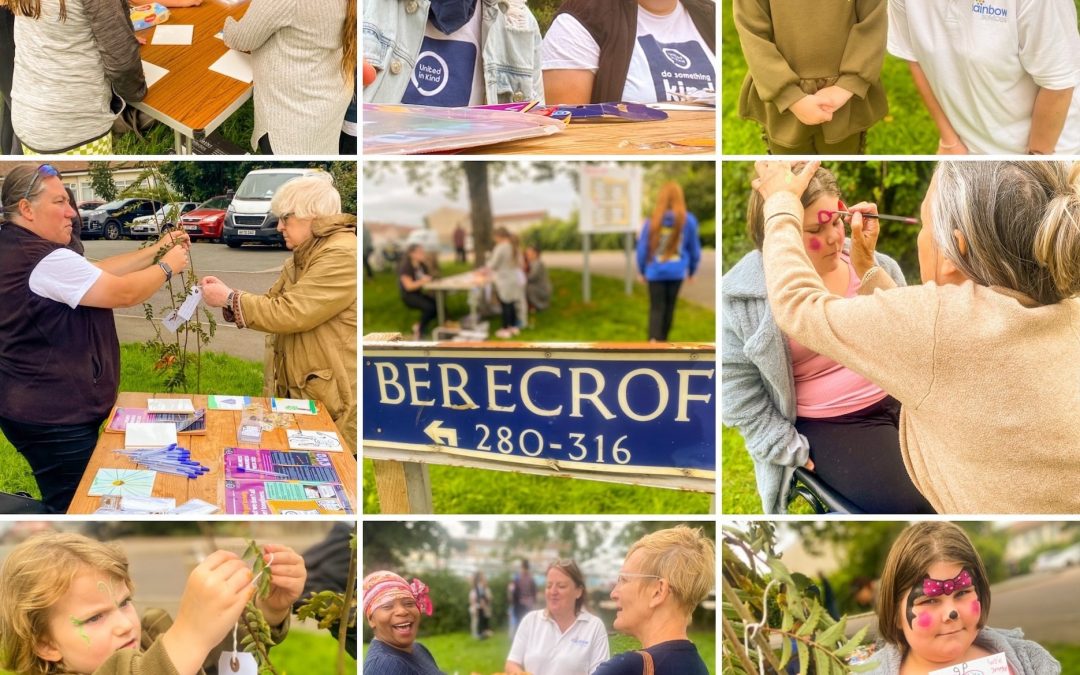 HTS Group support community spirit with United in Kind. Harlow’s United in Kind coach Sarah, wanted to raise awareness of isolation and loneliness in the local community. According to the Campaign to End Loneliness – 9 million people are feeling lonely in the UK.

Harlow’s United in Kind along with HTS were contacted by Rainbow Services in Harlow and asked if they would like to help them organise a community day event in partnership with Clarion futures.

“I thought it was a great way to bring the local community in Berecroft together after such a difficult year”.

Sarah, coach in Harlow and Nick Robinson set up an ideas tree where the residents could write down what they would like to see in their community. They also wrote about what kind acts they do for each other which was amazing to hear. We gave out information on Isolation and loneliness and encouraged the community to listen to the United in Kind Radio.

Rainbow Services wanted to do something which could be a lasting reminder of the community spirit shown on the day. They encouraged anyone who had attended to decorate a wall tile which will be displayed in Berecroft soon.

A big thank you to HTS who supplied the tiles for free!

Community Embrace came along and were able to provide hot food for everyone which was amazing. They also brought along free food for anyone who needed it. There was also face painting provided by Engie. The children really enjoyed having their faces painted and they all looked fantastic.

Sarah would like to thank Rainbow Services, Clarion Futures, Community Embrace, HTS and Engie for making the day enjoyable for all who came.