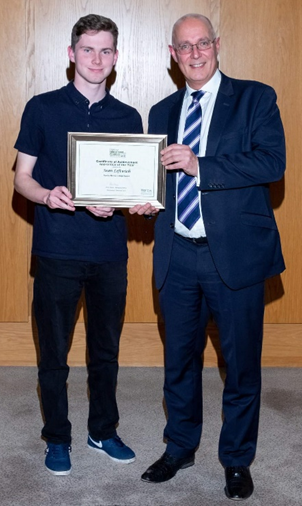 On 5th December 2018, Sean Leftwich, HTS Electrical Apprentice, was awarded Apprentice of the Year at the Harlow Educational Progress Awards!

Sean was amongst 75 other young people being recognised for their significant progress in their education and who have made a real contribution to their schools and the community.

Non-executive Chair of the Board, Michael Harrowven, also attended the event at the Civic Centre, to show his support for Sean and Apprenticeships in Harlow.

This is a fantastic achievement and we are extremely proud of Sean!